A thoughtful, bluesy, majestic piece.  Originally written for piano, Tim Paton has effectively re-scored the work for brass band and, with good key players, it makes for a very enjoyable piece to perform by any band.

Tim Paton composed this work originally for piano, and later went on to score it into this effective version for brass band.

What happened in 1989? I wrote this piece for piano, and later scored it for brass band!

The piece begins in a thoughtful mood, then very soon moves into a bluesy style.  After an up-tempo dance section, and a brief re-cap of the beginning, it finishes with a majestic coda, which really shows off that special sound that only a brass band can make.

Although it is called 1989, it can be any memorable year that the listener wishes it to be. 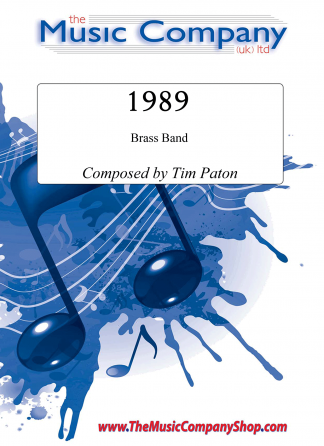