Part of the Brass Band Aid SeriesBrass Band Aid is a Charitable Organisation formed by members of Stanhope Silver Band, based in the North of England. From an original aim to raise awareness of the Make Poverty History campaign in their local area, a brass band CD recording was planned. The initiative took on a whole new dimension when the collection of local bands performing on CD were then joined by, what is now known as, The Brass Band Aid Celebrity Band, made up of many of the top brass musicians in the country.Following the success of this initial project the Celebrity Band has come together again to record a new CD – “Into Africa”. This is a compilation of pieces especially written for the recording by some of the most esteemed brass band writers of today. ‘Hymn for Africa’ is one such piece, generously contributed by Peter Meechan in support of the ongoing work of the charity.”Hymn for Africa is inspired by the the release of Nelson Mandela in the early 1990’s and the effect it had upon not only South Africa, but all over the continent of Africa, as well as the World as a whole. The fact that one man can achieve this with peace and great dignity will always be an inspiration, not only to me, but many, many millions of humans around the globe.sense of dignity and peace the composer . A simple 8 bar melody, first heard on an unaccompanied flugel horn at the beginning, is the basis of the composition. A drone is then added, before a chorale, and finally a rousing climax when the percussion and full band enter. The piece ends at it began, with a peaceful, unaccompanied, flugel solo.” (Peter Meechan).All sets sold raise money for Brass Band Aid – a charity The Music Company has continued to actively support since 25. 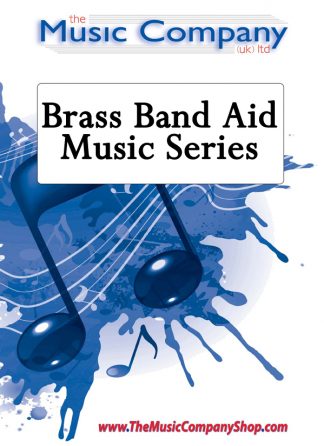