An original composition for brass band from Alan Fernie, Dignity offers a quiet, peaceful interlude.  Alan encapsulates his intentions for the work with his comment: “I hope this piece conveys a sense of indeed, quiet dignity.”   The work was created in response to a charitable CD fund-raising project, and the recording by the Scottish Co-Op Band  was featured on the final CD – Into Africa.

Alan Fernie created this beautiful work in support of a charitable project, known in 2005 as Brass Band Aid.  The organisation called for original compositions to be included in a follow-up CD release – Into Africa to help raise funds for projects in Adet, Ethiopia, Africa, and to build awareness of the Make Poverty History campaign.

This work offers a quiet, peaceful interlude.  No technical fireworks, just a simplicity which reflects the dignity of the people in Ethiopia, despite the hardships they endured.

‘Dignity’ was in fact the second donation of music made by Alan Fernie in support of the project (his first being African Funk which has featured in many a band’s programme).  It was recorded by the Scottish Co-Op Band and featured on the Brass Band Aid CD – Into Africa. 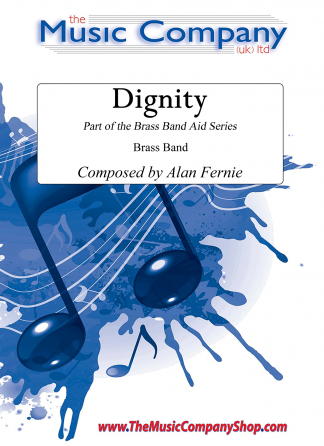