An upbeat, positive-vibe original composition by Darrol Barry for brass band – a great addition to concert repertoire with its nice balance of strong rhythm, touches of featured obligato and a catchy melody.  The work was created in response to a charitable CD fund-raising project, and the recording by the Black Dyke Band was featured on the final CD – Into Africa.

An upbeat, fun piece which exudes positive-vibes from the outset.  This original composition by Darrol Barry for brass band is a great addition to concert repertoire.  A nice balance of strong rhythm, touches of featured obligato and a catchy melody.

Darrol Barry composed this work in support of a charitable project, known in 2005 as Brass Band Aid.  The organisation called for original compositions to be included in a follow-up CD release – Into Africa to help raise funds for projects in Adet, Africa, and to build awareness of the Make Poverty History campaign.  African Adventure was featured on the CD with a recording by the Black Dyke Band. 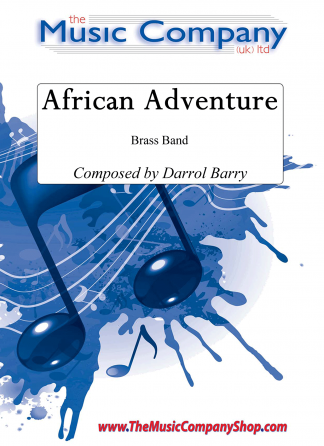