An original composition by Andrew Duncan, written for the West Lothian Schools Band.  A large-scale work made up of three movements, where each musically depicts the legends, experiences and history relating to the three different hills selected by the writer: 1. Dechmont Law, 2. The Knock Hill, 3. Cairnpapple Hill.  The piece effectively and creatively embraces these many inspirations, creating a wonderful combination of atmosphere, lyricism and engagement.

Composed by Andrew Duncan and written for the West Lothian Schools Band, A Bathgate Hills Trilogy is in three movements, each one dedicated to and representing a different hill.

Comments from the composer:

Movement 1 – Dechmont Law
The first movement describes the peculiar events which took place in November 1979 when a forestry worker, Bob Taylor, had a close encounter with an alien spacecraft in Dechmont Woods at the bottom of Dechmont Hill. Bob Taylor’s account from the time describes a large sphere like object about twenty feet across which pulled him by the legs towards it, caustic smoke then caused him to pass out. He awoke a short time later in the same spot but the spaceship had gone leaving behind marks in the soil. His story caused a great deal of media interest and a great deal of excitement in the local community.

Movement 2 – The Knock Hill
The Term ‘Knock’ is Scottish Gaelic for ‘hill’ and the Knock Hill is the highest peak in the Bathgate Hills being 305 metres above Sea Level. On a clear day the Knock hill has excellent views of the Bass Rock to the East and the distant hills of Arran to the West as well as of the whole of West Lothian and across the Firth of Forth to Fife and beyond to the North.

The second movement is a description of a leisurely walk to the summit of this hill and the enjoyment of a pleasant summer’s day spent walking and taking in the beautiful panoramic views. However, as is the case with the Scottish Summer, a change in the weather finds a clear blue sky being replaced with dark rain clouds. The changed weather brings a sudden brief but unwelcome cold downpour of rain, drenching anyone out walking! Finally, the clouds pass and the more pleasant summer weather returns.

Movement 3 – Cairnpapple Hill
Cairnpapple Hill is a near neighbour of the Knock Hill. It is almost as high but interest in Cairnpapple Hill lies in the outstanding archaeological monument near the summit, an Iron Age burial chamber. The chamber dates back to 25 years BC and was built by a mysterious people known as the Beaker People (so called because they left behind a number of large earthenware beakers).  The mysteries of Cairnpapple Hill have always been a source of fascination for me ever since first visiting the hill as a school child. 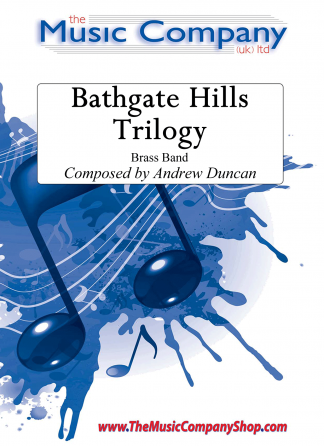